I’ve read a great many articles by Australian writers. It’s apparent that quite a few of them have two things in common (apart from the obvious) and that is that they were – at some stage in their lives – teachers and, understandably, strong readers from an early age.

I part ways with these observations. I do remember reading some educational readers when I was about nine. From memory, the characters were pirates. I remember their ‘names’ were blue, yellow, red, etc. But that’s all I recall. 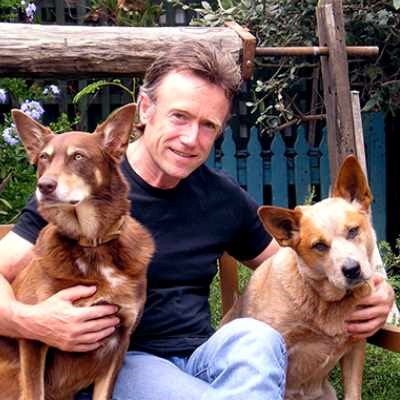 At the age of 11 or thereabouts I discovered black-and-white war comics. I was quite enamored of them but was quickly lured away by the more heroic and colourful Marvel comics. I collected about seven sets, including Spider-Man, Captain America, Daredevil, The Hulk and a lingering war series in Marvel called Sgt. Fury and his Howling Commandos. My father would read them but not pay for them – no, that responsibility was on me and my minuscule amount of pocket money. He only read them, he said, because they were there. My brother, too, read comics, although he was more into Superman.

All which of which leads me to the fact there was never a book in our house. I did see one, once. It was a green-spined Erle Stanley Green Penguin detective novel. Funny how we remember such minor scenes. I opened up a drawer one day and saw it. I remember being a bit confused and wondering ‘what’s that book doing there?’

You can imagine my father’s surprise at my answer to that oft-asked question, ‘What do you want to do when you leave school?’ We both knew I was leaving at age 15. ‘I want to be a writer’ I said. He had a chuckle. ‘You have to be university-educated to be a writer,’ he said with some authority. I can’t blame him his cynicism. After all, I didn’t read books. Skip about 30 years and after I’d had about 40 books published, I asked him if he remembered saying that. ‘No,’ he said. ‘But if I did, then it’s because I knew you’d set out to prove me wrong.’

And so in saying we can deduce that I’m rather stubborn. This is possibly why I’ve stuck at writing all these years. With more than 140 books under my belt, I’m not wealthy, nor for that matter ‘famous’. I’m no longer trying to prove my father wrong, either. So why do I keep writing? The money certainly isn’t the reason. Most writers make more money from going into schools and teaching the craft of writing than they do from their books. I’m fortunate enough to be a prolific writer working in the halcyon days of education publishing. At least half of the books I wrote were for this sector.

Although the pay wasn’t great, I knew that we have Public Lending Right (PLR) and Educational Lending Right (ELR). These are initiatives of the Australian Government and delivered through the Office for the Arts. It’s how information is collected about which books are in our precious libraries and providing reimbursement for the creatives. The payments give recompense to writers and illustrators for potential loss of sales in bookstores. This is ever more relevant now in the digital age where readers can purchase long-ago out-of-print books. It could have been argued that a book that was no longer available from the publisher wasn’t losing the author royalties, but we’ve moved on. For every person accessing a book in a library, that could well be costing the creator income. And of course, this is particularly important to us after the impact of COVID-19 and lockdowns on the Arts where creatives have lost most of their school visit income due to schools/ libraries being closed. I have several arms to my business – one of which is organising literary festivals for schools. I had been commissioned to create four festivals last year, all of which were postponed to 2021. I also run Creative Net Speakers’ Agency and represent 170 or so authors/illustrators across the nation. Sadly, most of their work dried up last year, too, but virtual presentations did kick in once schools were open again.

I don’t squander my ELR/PLR on holidays, flash cars, high-class restaurants or the like. I reinvest it into a micro press I started back in 2007. Ford Street Publishing produces between 12 and 15 books a year. Anyone with knowledge of the publishing business will know that it’s nigh impossible to make money from it. This is where ELR/ PLR comes to my assistance. Were it not for this source of income, this writer/ publisher at least wouldn’t still be writing and definitely not publishing. The latter would mean (maybe!) that the CBCA awardwinning Picture Book of the Year 2020, Chris McKimmie’s I NEED a Parrot, wouldn’t have been published. Nor would Peter Vu’s Paper Cranes Don’t Fly, which won the Gold INKY award, or Gabrielle Reid’s The Things We Can’t Undo, which took out the Family Therapist’s award. There are a great many other titles, but you get the message.

I hear there’s a downward trend of schools participating in the ELR scheme. Understandable when you realise fewer schools have librarians and even fewer teacher-librarians. These are people who are passionate about books, yet many principals seem oblivious to their worth. The ELR survey shouldn’t take long. If schools have library captains, they could be involved in the survey or classes could support this work during their library times. What a great opportunity for students to support their favourite authors and illustrators!

Paul Collins is a publisher at Ford Street Publishing (fordstreetpublishing.com) and CEO of Creative Net Speakers’ Agency (creativenetspeakers.com). He still writes books for younger people. His last book was James Gong – The Big Hit. A sequel is on its way. James Gong – The Chinese Dragon should be published by Hybrid Publishers later in 2021. Paul’s at www.paulcollins.com.au